The Walkmen- You & Me, Review.

I like to drink in the afternoon. Maybe even more so than at nighttime. And I am not saying I like to get drunk midday cause that would make me a loser, right? Im saying that having some beer with your buddies on a blistering hot day provides me with the kind of mental tension, that kind of neurological intrigue that I also find in great rock music. Everything runs together and your emotions are blurred or piqued without warning. Your not lost but your constantly searching.

Maybe it is my affection for this state of mind that makes me love The Walkmen so much.

Since their great opus Everyone Who Pretended to Like Me is Gone was released in 2002 every indie garage act that cites Dylan as an influence has been one step behind the five-piece from New York. For those who don’t know, the band formed in 2000 picking up three members (Paul Maroon, Walter Martin, and Matt Barrick) from Jonathan Fire*Eater and two (Hamilton Leithauser and Peter Bauer) from The Recoys. From the very beginning the group relied on vintage materials to create their unique sound. Their ex-recording studio Marcata contained an upright piano and an analog recording system.

Old School roots came together with energetic melodies and palpable tension to make the Walkmen something special. I can only build on that glowing description after hearing You & Me, the bands fifth LP set to drop on August 19th. They have put together a tighter yet more ambitious album than their last two efforts, and the songwriting is as gripping as ever.

Most amazing to me is the midday drunkenness affect that they achieve time and again. A seemingly subdued even melancholy melody, like the one found on “On the Water,” is at the same time bursting with energy causing the listener to become engaged with the beauty of the music as opposed to being a bystander. I find myself nodding my head quickly, preparing to go ape shit, but then being drawn back down into content longing for that next rawkus explosion.

Take for example, “In the New Year” (mentioned here). The guitars and organ are uplifting and even sometimes joyous. But at the same time strings rumble vigorously in the background creating a sense of urgency that is lost in the melody. Maintaining that attention to detail, while still sounding like the song was made up in a bar above the strip club is a staple of this band’s excellence.

And the lyrics, oh yes, the lyrics. Many have noted Leithauser’s words echo Dylan, but they also have a wry wit to them like Craig Finn (Hold Steady) or John Samson (The Weakerthans).  The list of admirable comparisons could go on (Matt Berninger, Bob Pollard, etc.), yet what distinguishes Hamilton from other introspective lyricists is his delivery. Solemn and mysterious, his words ebb with the rhythmic tide and send a cool shiver down the listeners spine.

At times I wish they had taken a few more risks.  Many of the songs have a similar feel, and some of the down and dirty elements found on Everyone Who Pretended are absent.  But when the record is over I still feel the same joy that I always have for this band.  I think I will open another tecate and start right back at the beginning.

I put them starsky and hutches in motha fucken crutches 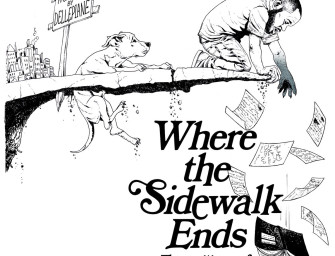 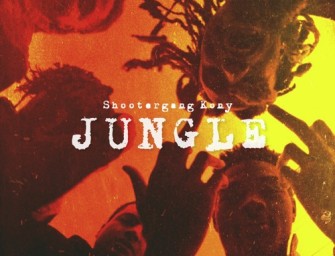