“Roc Boys (And the Winner Is)…” is the second single released from Jay-Z’s 2007 album, American Gangster. The song is produced by Diddy, Sean C & LV. “Roc Boys” is all about the upbeat, celebratory horns, sampled from the Menahan Street Band’s “Make The Road By Walking.” A funky guitar lick plays in the background through most of the song, and the sample is topped off with some thick, thudding drums (must be Diddy’s contribution there!) The beat quickly became the go-to instrumental for rappers to freestyle over, with rappers like Asher Roth and Wale still using it in 2008. 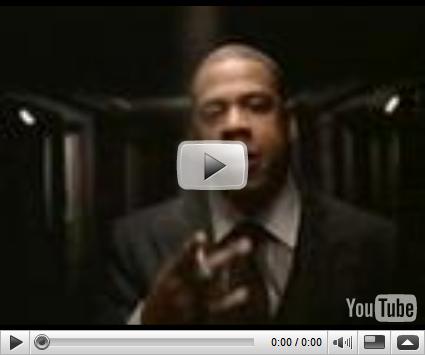 Producer K-Def remixed American Gangster and released his set of remixes online, entitled Real Live Gangster. Def’s version of “Roc Boys” is a complete about-face from the original’s feeling. It’s slow and downbeat, centered around a series of jazzy electric guitar riffs. Every few bars, the guitar is joined by urgent strings and police sirens. The remix switches the drums to light, live sounding drum taps. K-Def’s stripped down instrumental is compelling enough to demand attention by itself, while focusing the listener’s attention on the lyrics.

Which version do you prefer? I really dig the whole Real Live Gangster remix album, and as much as I liked “Roc Boys” when it came out, the original is a bit played out for me. So the K-Def version is a compelling alternative. Given the massive amount of American Gangster remix albums, if you don’t care for either version highlighted here, you ought to be able to find one that floats your boat.

You can download Real Live Gangster here. I can’t recommend it enough, regardless of your opinion of the original AG album.