A Contender for Most Entertaining Rap Interview.

Seriously rivalled only by the infamous “thugginest” interview with NORE (we’ve linked to this twice already, but it never gets old.)  HipHopGame’s latest interview with two-time Beat Drop honouree Alchemist is about a week old, but it’s so damn entertaining that I’m posting it anyway. Alc drops knowledge on getting weed delivered to your room, making beats with pots and pans and the greatness of matzo brie.

Here’s a selection of some of the best parts. On producing:

HHG: Can you take us through the making of an Alchemist beat?

A: Usually I turn the lights down and I’ll put on a record. First I usually stand on my head and I get the blood rushing into my brain because it gets the ideas rushing more. So I’ll stand on my head and I’ll wait for something to catch me on the record or my face is so purple that I have to stand up. It’s good. It’s almost like a high. I’ll find a sound and I’ll go from there. I pretty much just zone out and there really isn’t any method to the madness. I’ll find drum sounds anywhere. I’ll bang pots and pans into the microphone or smash metal cans. I can make my kicks. How did I make a kick? Oh yeah, I remember, I made a kick by turning the record player up really loud and just banging on the turntable and you get an 808 sound. It’s pretty fresh. I stole it from watching Numark on stage with Jurassic 5. I’ll make the kicks myself. It’s pretty much just acting like a complete asshole.

And standing on your head.

I’m telling you, if you haven’t tried it, put on a record and just stand on your head and I’ll bet you as the blood rushes, because when you sit down, the blood ends up going to your feet. You got a lot of blood in your legs and you need the blood to get to your brains actually because you need to use your brain to make a beat. You let the blood go there and it’s kind of ill. It’s a technique. It’s a trick of the trade. It’s real talk. Let me add a disclaimer. If anybody passes out, I have nothing to do with that. Make sure you come up for air if you get dizzy. It’s a special Alchemist technique. I would never want to harm a fan intentionally. I want them to make some hot shit. Go and stand on your head. I just want them to do it at their own risk.

I was at a Ghostface show and he told all the girls where his hotel was while telling dudes if they showed up they would get beat up.

Why don’t he just make copies of his key and just pass them out? “Let me get 10 copies of that key” when he checks in. “I have 10 tickets!” That’s an old school move. When you go on tour you take an extra key and you find a bitch. You gotta find the one that you’re taking and then you’re like, ‘Don’t worry, here. I’ll meet you at the hotel.’ You also have to make sure you have nothing valuable in the room too. Don’t play yourself. It’s a good move. That’s like insurance for the broad. It’s like, ‘Okay, well, he gave me the key so I guess I’m in.’ Make them feel special if you don’t have a backstage pass.

I’m telling you, you gotta put them on. Can we charge for this interview? For the people to read it? Like if you want to read it, there’s a lot of game that they’re going to soak up.

On weed (you should watch the video below for some context) 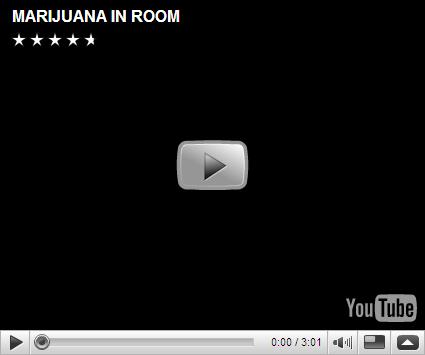 What’s the deal with Evidence getting charged for weed on his room service bill?

You saw that? That’s a true story. They charged him. I had to pay for half of it too so fuck Evidence! (laughs)

How did that go down?

What was your excuse when you went to get your card?

Oh, man, a lot of paranoia. I’m a performer and I have to go on these stages and I’m very paranoid and it’s very stressful.

Let me tell you. You should see my hands right now. They’re fucking shaking. I can’t even hold a glass. They put the air thing on your arm and they make it official.

You mean they take your blood pressure?

Yeah! That’s the technical way of calling it. You’re a teacher, man. You know all of this shit. I’m just a dumbass producer. I don’t know what they call it. Blood pressure. They hit your knee with a fucking mallet. Ping! They check your reflexes. It was a little slow. So it was prescribed by the doctor. I think his name was Dr. Greenthumb! It was either Greenstein or Greenthumb, one or the other!

You know, I do believe Snoop Dogg and B-Real have one so fuck that! (laughs) Call it what you want. I would love to have been Snoop Dogg going to the doctor. “Doc, I think I need a weed prescription. I’m Snoop Dogg!” (laughs)

Read the whole thing here. It’s pretty long but worth it.