“I Confess” is a 1995 single released by Philadelphia rapper Bahamadia in support of her ‘96 album, Kollage. “I Confess” is as Q-Tip, would say, a fly love song, produced by Rap-A-Lot architect N.O. Joe. Joe provides a silky smooth backdrop with warm keys, tapping hi-hats wah-wah guitar and a bass line. The chorus is a sung interpolation of the first verse of “Let’s Get It On” that suites the vibe nicely:

I’ve been really tryin’, baby
Tryin’ to hold back this feelin’ for so long
And if you feel like I feel, baby
Then come on, oh, come on 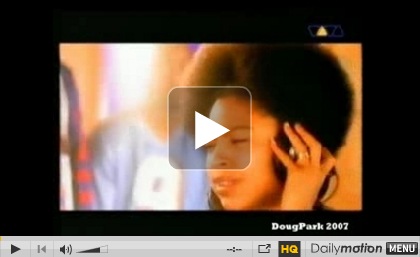 “I Confess” got a second single release in ‘96 for a 12’ with remixes by the Roots and Erick Sermon. The Erick Sermon remix uses the same beat as Redman’s “Da Bump” (released the same year) and features a shorter chorus and adlibs by the Green Eyed Bandit. His beat has a thick bass line and eerie strings that works surprisingly well with Bahamadia’s buttery flow.

But the Roots’ remix is the real treat here, which pairs a live drums with a soothing bass line and woozy synths. Black Thought does very subtle backing vocals and doubles every line in a subtle but ear catching manner. This remix, more than even the original really captures the weak-kneed feeling of falling head over heels. Damn near perfect. Bahamadia even kicks 3 completely new verses and does the chorus herself:

Shorty show your interest/put me to a test

I can’t find an mp3 of the Erick Sermon remix (listen on YouTube) at the moment but readers, feel free to share in the comments.