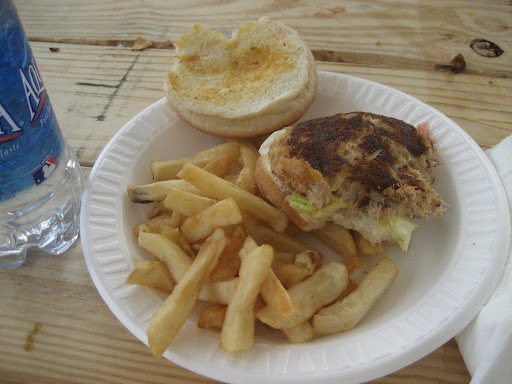 So DJ01 and I went to Artscape for Sunday only. Mostly because neither of us own cars, and public transportation to Baltimore is a crime on the weekends (or anytime for that matter). I was able to borrow a car on Sunday, so we made the trip.

After a stop off at Metal Lungies Radio studios, to pick something up and record DJ01 dropping the best freestyle ever, we arrived at Artscape around 3 pm. We immediately went to the Food Area and consumed epic amounts of ocean product in the form of a crabcake sandwich (pictured above) and a plate of fish and chips. 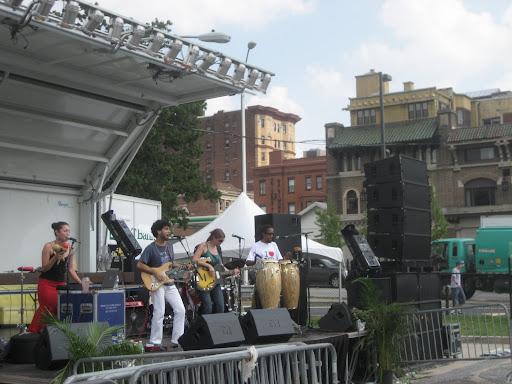 After stuffing ourselves, we moved over to the nearest stage (the DJ Culture stage) to watch part of a performance by Pimps of Joytime. We only saw a couple of songs, but aside from the one girl using a MPC on stage, I really couldn’t see what their performance had to do with DJ culture. So we moved along.

We moved on to the larger festival and I bought an $8 lemonade only because the dude promised me free refills all day. But when I came back for a refill I watched the dude making the drinks put too much lemonade in my Arnold Palmer, and then pour it back into the pitcher from the cup I had just drank from. Had he done this with other people? Needless to say I was almost disgusted enough to spit out my lemonade and throw out my cup. Almost. That shit was $8. So I got 3 more refills. 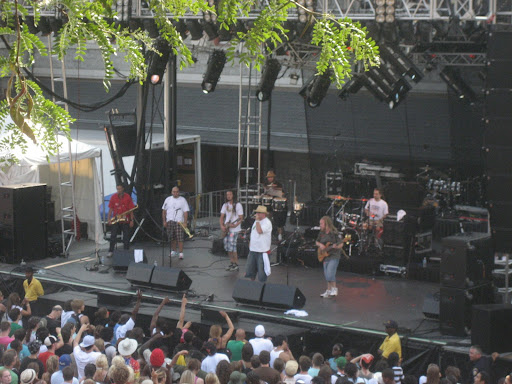 Next, on the Main Stage, we saw the reggae group SOJA perform. Their performance was great and at one point they brought out Scottie B (B-More Club Legend) to help out on vocal duties. It was hilarious for 2 reasons:

They are apparently from D.C. and I’ll probably go see them again.

After SOJA, DJ01 started focusing on getting our interview with the Clipse (the headliners at the DJ Culture stage) secured for that evening. We then headed for the Exotic-Hypnotic stage. 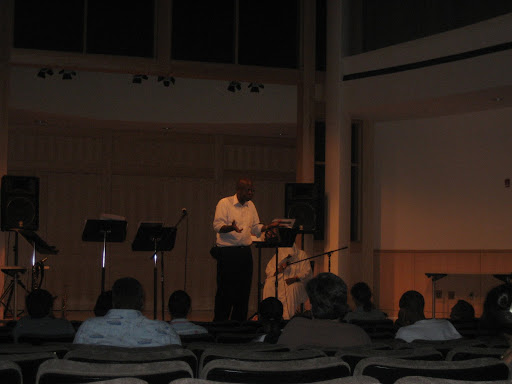 The awesome thing about this stage was that it was inside, it had chairs, and it was air conditioned. We arrived at what I assume was the end of a performance by Jackie Blake. We must have missed the instrumental music part, because all that was happening when we got there was Jackie Blake talking about the distortion of history by different cultures, and some woman (but she might have been a man) singing softly while he was talking. The air conditioning was nice, and Jackie Blake was telling some truths but were were a little confused by the singing, and we wanted to see Wiz Khalifa, so we left. 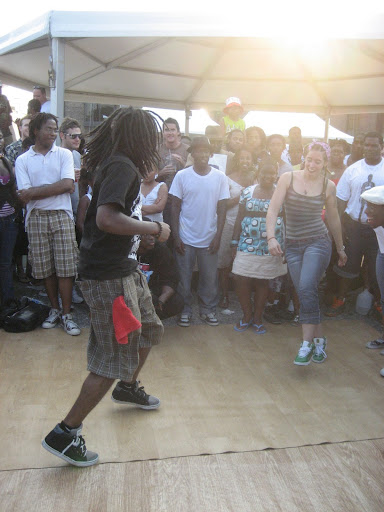 We went back to the DJ Culture stage, to see Wiz Khalifa, but he never showed up. His DJ kept asking us if we were ready for him, apparently we weren’t. Fortunately the DJ kept spinning the rap songs, and we got to watch some B-Boys, which included my man Joe Cool (of Potomac Basement fame), do some classic breaking. 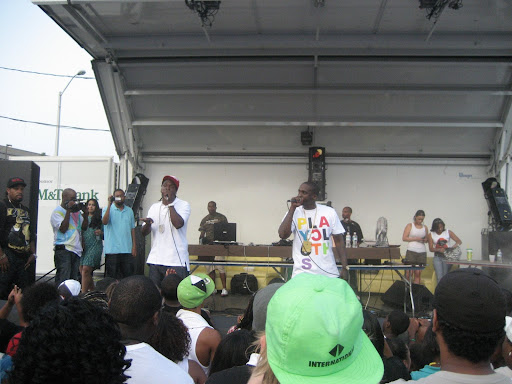 Last, but not least, on the DJ stage were the Clipse who came out and put on a wild show where they played a short set, but kept it tight with little banter. They even brought out Ab-Liva for a couple of songs. After they finished up we had a wild journey to make to meet them for an interview.