The RZA Speaks On Conflict Within The Wu-Tang. 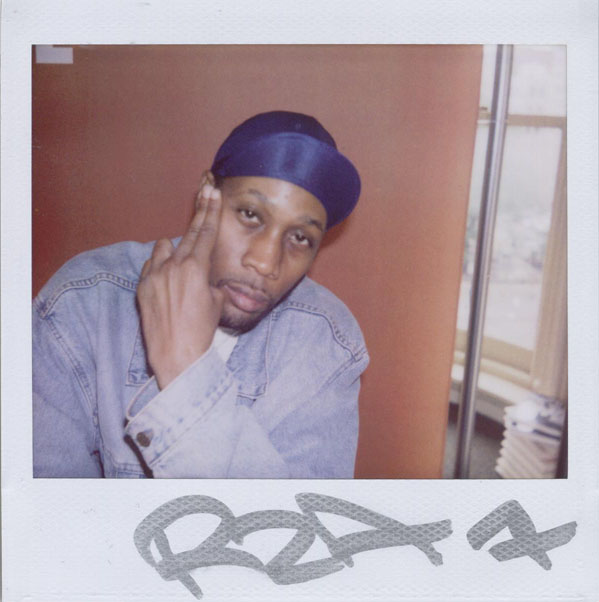 Full disclaimer: I transcribed a lot of this interview and I write for the site it was conducted for. But I really had to post this excerpt where RZA candidly discusses the problems with the Wu in 2008. If you care about the Wu-Tang Clan, you really should read the whole interview at Nodfactor.

It seems like every few months there’s some random report on the internet about problems within Wu-Tang, and someone in Wu-Tang is upset. Is it just family stuff getting out in the public or are there real issues to be resolved with you guys?

RZA: To be honest with you, it’s both, man. It’s like the family stuff is definitely getting out to the public, and the issues that got to be resolved…everybody got their own manager, everybody got their own lawyer, and they got these motherfuckers that are looking at me like a hamburger. I’m realizing that I don’t make money off of the Wu-Tang Clan, and yeah, crazy…since 2001. The money I’ve been making, I had to clear a whole new career for myself, a whole new input for myself. I was making mega millions at first! Now I’m making a couple million, I got to keep myself balanced, for my own worth. It has nothing to do with Wu-Tang.
And so for the people on the outside looking in, they looking at what RZA’s doing, he’s on that, he’s on this, he must be robbing y’all or something. He must be doing something against them and shit. Not realizing that’s my own hardworking and my own kin. Like I was telling Rae one day, yo nigga, I never got a Wu-Tang warranty check in my life. I never got a warranty check for record sales in my life. But I got a warranty check for fucking Kill Bill, a big one came quick, motherfucker! And why is that? That’s the question.
I don’t know why that is. That’s why I’m letting brothers know that I’m not getting paid off the hard work we did together. When I did 8 Diagrams, I actually put a lot of money, I turned down my own future to get back with the Wu-Tang shit. And then I was the one to go full speed ahead, I did go full speed ahead, but then niggas shot the front. After that, I was like, damn. They sayin’ U-God suing the RZA for a hundred and seventy thousand dollars. You know what? I could never owe you a hundred and seventy thousand dollars. But even if I did owe you a hundred and seventy thousand dollars, U-God, after all these years of millions you made, motherfucka, you gonna come back and bitch about a hundred and seventy thousand dollars?

If you want to be logical, know what I’m saying? I’m the one who gave you, when nobody would sign U-God, I gave him a million dollar fucking deal! And of that million dollar, I put seven hundred thousand that’s in his pocket. And the rest went to making the record [U-God’s debut, Golden Arms Redemption], and I still spent hundreds of thousands on videos for “That’s Gangsta” and “The Bizarre”, and all that. That was on my own label, yo. I could have spent that money on whatever I wanted to spend it on. But he didn’t secure a deal back then, so I’m like, you know what, I’ll give you a deal. Same thing with Cappadonna, he couldn’t secure a deal. I’ll give him a deal with Razor Sharp. Put a record out, put out a gold album, nigga. If he listened to his manager, who was Mike Caruso at the time, he would have fucked around, tried to go to Sony, sign to Sony without me. Put out a record out and sell a 1000 units. Alright then. That same kind of problem goes on in our family, because all the people who are always around us saying…They did the same to me.
My boy in California, he hates Wu-Tang, man. And when I was doing 8 Diagrams, he would always tell me, leave the studio, don’t do this, don’t do this. I couldn’t pay him no fucking mind because he don’t understand the love. If I would have listened to him, we would have had nothing. But I don’t listen to nobody like that when it comes to Wu-Tang. But in that case, some of these brothers would listen to these niggas gassing them up, get ‘em in a fucking courthouse and they’ll pay 500 to 1000 dollars a day in court fees. I’ll pay a 1000 dollars a day in court fees. At the end of the day, no matter who win or lose, the only one who’s a winner is the lawyers. Because these courts are nothing. At the end of the day, when they judged it, the judge is going to go my way anyway, because I got contracts for everything I’m dealing with.
But I ain’t trying to rely on a contract when it comes to my brother. But if we go to court, all we could do is rely on a contract. And there’s not a contract in this industry that’s going to be against the label. [laughs] I don’t make the contracts, that’s how they make ‘em when they give it to us. I tried to sue Sony for Razor Sharp, they took me for $12 million, yo. Probably 15 million, that’s what they got me for. Nothing I could do about it. I sued, I sued, I sent my lawyers in, nobody want to fight with Sony, nigga. You asked about Wu-Tang, that’s the problem with it. There’s third energy, that’s sparking our own energy and making us look at somebody gotta be wrong here, somebody gotta be wrong. Maybe it’s Brother Divine, somebody gotta be doing something wrong here. Nobody is doing something wrong, this industry has been like this since the 60s, homey. It’s very rare that a black artist even makes it 10 years in this business. It’s very rare that hip hop artists make it this far. That we could still be worth money in the first place. And you can ask anybody. I’ve talked to niggas from before, I’ve talked to Redman and De La and all them niggas, when I was talking to them in the early days of hip hop and shit. I talked to everybody, man. I asked them how much they be getting. We was getting top dollar compared to what some of these niggas was getting.
Inspectah Deck got his first album, Redman never got nothing for his albums, as far as dollar advances and shit like that. To realize that we had that kind of advance, and we already selling 50,000 records. You can write that off, it’s not coming back. If I give you a million and you only get a dime a record after deduction and everything, all that shit, from that dollar, you sell 50,000, you gonna owe me. That’s the system.