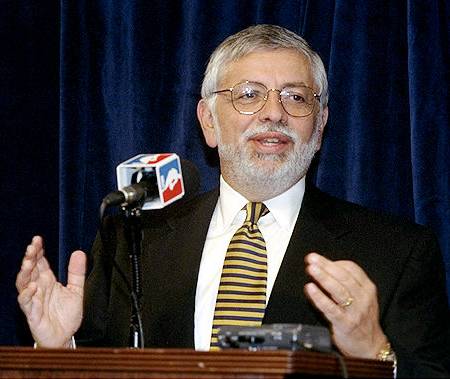 D-Stern grew this beard during the 1998-99 NBA lockout

In case you’ve been living under a rock this summer, lockouts have been all the rage. After 4 ½ months of  lockout chit chat, yada yada yada, the NFL is back. The Eagles and Patriots have been acquiring free agents and malcontents like they’re hotcakes. With the symbolic signing of the new CBA on the steps of the Pro Football Hall of Fame in Canton, the NFL should now be entering its version of the Pax Romana. Phew. At least now we don’t need to worry about a rise in crime.

The NBA is another story. It looks like there ain’t gonna be a season, and it’s  a shame because I think a lot of us really wanted to see the Heat lose not one, not two, not three—ah, you know how it goes. And what about seeing the Artist Formerly Known as Ron Artest sporting a No. 15 Lakers jersey with the word PEACE on the back? Maybe he’ll suit up and join former Laker Jordan Farmar in Israel. It was a great season, and the league’s ratings soared in the Finals, but the situation is getting really ugly. If you check out the league’s website, you won’t see a single image of a current player. The NBA is now suing the players. The players are going to file a motion for dismissal in the coming days. Oof. Lawsuits no bueno. Current players aren’t helping their case. Michael Beasley is acting up again, this time at the Dyckman Tournament in Washington Heights. Former players are at it too. Samaki Walker was pulled over recently and tried to eat marijuana. Darius Miles, another NBA burnout, tried to get a loaded gun past airport security. Miles should just stick to cameo appearances in Ryan Reynolds films. So…it looks like there isn’t going to be a 2011-12 NBA season, and that’s just a shame. But hey, at least some of our stars will play somewhere else. I’d personally love to see D-Wade take his talents to China.